Tommy Castro and the Painkillers
​Headline Art on the River 2021! 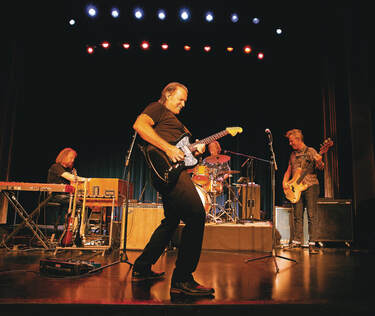 
Tommy Castro knows how to ignite a crowd and he will do just that on June 12th at Art on the River!


Over the course of his still unfolding career, the guitarist, vocalist and songwriter has released 15 albums ranging from horn-fueled soul and R&B to piping hot blues to fiery rock n’ roll.  To say he can do it all is an understatement.  He’s performed all over the world, earning countless fans with his legendary, sweat-drenched, exhilarating live shows.  Castro’s band, The Painkillers (with bassist Randy McDonald, drummer Bowen Brown and keyboardist Michael Emerson) have now been playing together over four years.  After hundreds of live shows, they have coalesced into one of the tightest units Castro has ever assembled, making them one of the most in-demand live roots music acts performing today.


Castro began playing guitar at the age of 10 and was influenced and inspired by electric blues, Chicago blues, West Coast blues, soul music, 1960s rock and roll and Southern rock. His style has always been a hybrid of all his favorite genres. He names Mike Bloomfield, Elvin Bishop, Eric Clapton, B.B. King, Buddy Guy, Elmore James and Freddie King as guitar influences and Ray Charles, Wilson Pickett and James Brown as vocal influences.


He began playing professionally in Bay Area cover-song bands in the 1970s. In the 1980s he joined the Warner Bros. Records’ band The Dynatones. Since 1991, he has led his own bands, featuring a drummer, a bass guitar player, and a saxophone player (Keith Crossan has held the saxophone position for many years). As of 2009, he had added trumpeter Tom Poole and keyboards to the band. He was signed to Blind Pig Records label and released Exception to the Rule in late 1996. It won the 1997 Bay Area Music Award for Outstanding Blues Album, and Castro also took the award for Outstanding Blues Musician that same year. In the mid-1990s The Tommy Castro Band served as the house band for three seasons on NBC Television’s Comedy Showcase (airing right after Saturday Night Live), bringing him in front of millions of viewers every week.


In 2001 and 2002, B.B. King asked Castro to open his summer concert tours. Castro received an open invitation to join King on stage for the nightly finale.


Castro has released albums on the Telarc, 33rd Street and Heart And Soul and most recently on the Alligator label, as well as on Blind Pig. His album Guilty of Love featured the last recording session for John Lee Hooker. In 2002 he was featured on the Bo Diddley tribute album Hey Bo Diddley – A Tribute!, performing the song “I Can Tell”. In 2007 the readers of BluesWax (online magazine) voted Painkiller as BluesWax album of the year. It also won the 2008 Blues Music Award for Contemporary Blues Album of the Year.


In 2009, Castro joined the roster of Chicago’s Alligator Records with his release Hard Believer, produced by John Porter. The album was described by Billboard as “irresistibly funky…it has a street-level grit and a soulful sincerity that’s impossible to ignore.” Blues Revue said Hard Believer is “a fine set of roadhouse-rockin’ blues.” Blurt says, “Hard Believer might just be the best yet from this veteran Bay Area blues artist.”


In May 2010, The Blues Foundation awarded Castro multiple Blues Music Award honors for Blues Male Artist of the Year, Contemporary Blues Album of the Year, B.B. King Entertainer of the Year, and with his band, Band of the Year.


In 2011, Castro stripped down his band to a four-piece unit called the Painkillers, including keyboards, bass and drums as well as his own guitar and vocals. 2013’s The Devil You Know, was recorded with this line-up plus guest appearances by Marcia Ball, Tab Benoit, Joe Bonamassa, The Holmes Brothers, and Magic Dick. The album was reviewed by Allmusic.com, saying “Castro brings fiery garage energy to everything. His guitar playing is fired up and roaring with a renewed sharpness that keeps the pot boiling. His voice is a soulful and versatile blue-collar growl. This album is full of the blues, but it’s also like a full-charged blue-eyed R&B and soul review, making this one of Castro’s finest releases.”


In 2015 he released, Method To My Madness, which debuted at number four in the Billboard Blues Albums Chart.


June 13th is going to be one hot night of blues in Port Huron, Michigan.  You don’t want to miss it! 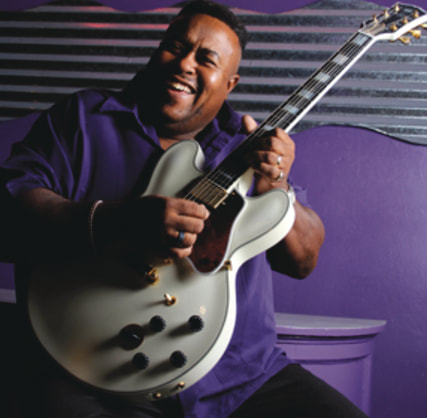 Larry McCray grew up living on a farm and learned guitar from his sister, Clara. “She used to play real low-down and dirty”, McCray recalled years later. His family moved to Saginaw, Michigan in 1972, and he took the influence of his sibling, and others that included the three Kings (B.B., Freddie and Albert) to playing the local club circuit, with his brothers Carl on bass guitar and Steve on drums.


After high school, McCray worked on General Motors’ assembly line, before recording Ambition, his 1991 debut album for Point Blank Records, in a Detroit friend’s basement recording studio. He was soon touring with his label-mate, Albert Collins. His 1993 follow-up, Delta Hurricane, was produced by the veteran British blues devotee, Mike Vernon.


In 1999, McCray recorded a cover version of Bob Dylan’s “All Along the Watchtower” for the tribute album, Tangled Up in Blues. In 2000, McCray founded his own independent record label, Magnolia Records, and Believe It was its first release that same year. The same year, McCray played alongside Jimmy Thackery as guest guitarists on Sista Monica Parker’s album, People Love the Blues. Magnolia released McCray’s first live album, Live on Interstate 75, in mid-2006, and this was followed in 2007 with Larry McCray.


Larry has been touring all over the United States and prior to coming to Port Huron on June 12th, his tour takes him to several Michigan cities as well as Macon Georgia, Jacksonville Florida, Chicago Illinois and Indianapolis Indiana.


Make sure you are front and center when Larry McCray is on the Art on the River stage, June 12th, here in Port Huron because it will be an incredible night of the blues that you don’t want to miss.

The Beautiful Eliza Neals Rocks at Art on the River 2021! 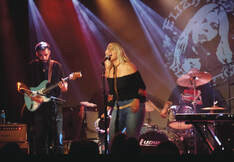 You might mistake Blues Diva, Eliza Neals for a Pop Princess but there’s more to this pretty face then meets the eye. She has a major in Classical piano and voice but she chose to follow her passion to sing the blues. Mentored under Motown master Barrett Strong she’s won multiple Detroit Music Awards. Eliza’s Spotify numbers speak for themselves as she is more recognized than her record label peers. Her latest incarnation “Eliza Neals and the Narcotics” has been creating a big buzz and Tony Colter of SiriusXM says Eliza was, “handpicked for inclusion on BB Kings Bluesville, the fastest album entered into the rotation.”


Join us at Art on the River on June 12th to see Eliza Neals live on stage in Port Huron!